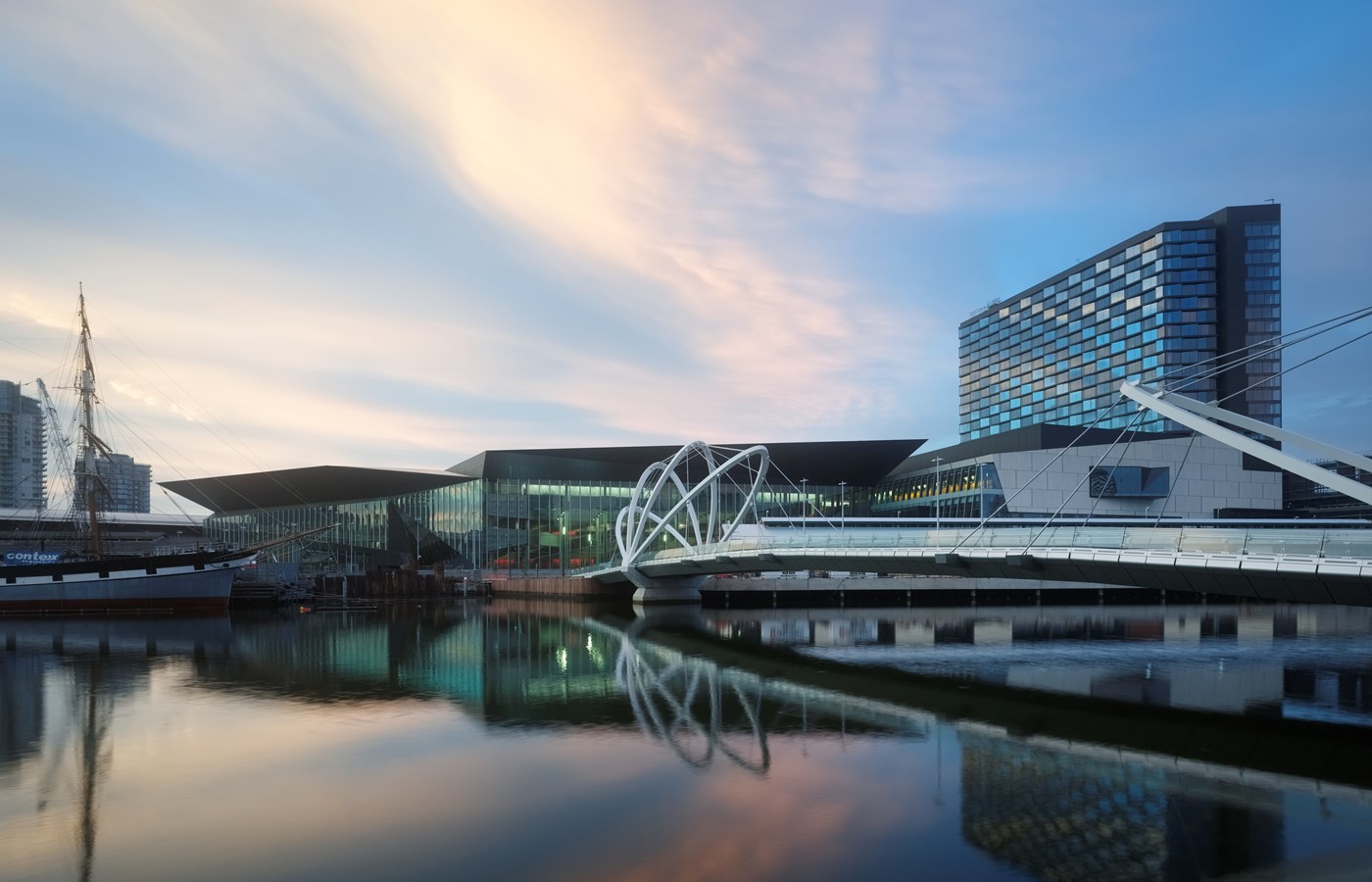 In 2006 Marshall Day Acoustics was asked to review the vibration of the proposed pedestrian bridge connecting the Convention Centre and the Melbourne CBD. This bridge, of unique design by Grimshaw Architects, had a span of 90 m which could result in vibration problems, particularly when a crowd of up to 900 persons crossed the bridge en masse.

As the bridge is a single span design, such a crowd could excite several modes of vibration including fundamental bending, torsional and lateral modes that could cause discomfort for pedestrians.

A preliminary study, involving the construction of a finite element model (FEM) of another bridge was conducted, at Kew, Victoria. This bridge was modelled and tested in order to compare the actual and expected vibration nodes with those obtained from the FE model. As there was good agreement between the modes and the natural frequencies, the project then progressed to a simulation of the proposed MCCD bridge. The modelling established that the first three modes were a cause for concern and that tunnel vibration dampers (TMD) would be required to reduce vibration amplitudes.

Two TMDs were supplied for installation at the mid-span of the bridge on each side of the walkway and commissioned to achieve maximum damping performance at the fundamental frequency of 1.6 Hz; a value that is primarily defined by the bridge span. The response of the bridge was evaluated with a crowd of up to 48 construction personnel. The tests determined the response of the bridge as a function of crowd numbers. The vibration traces showed a clear increase in vibration level at a given modulated frequency as the walking crowd approached the mid span of the bridge at a uniform walking pace. The results indicated a slight exceedance of the project vibration criteria, which was rectified when the TMD was modified to change its natural frequency from the as built frequency to the required frequency of 1.6 Hz. 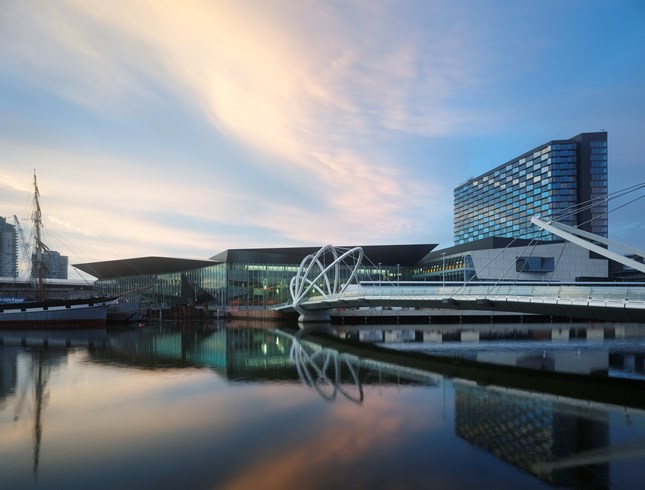